How we came up with the Hot Buzz logo, intro, and theme song 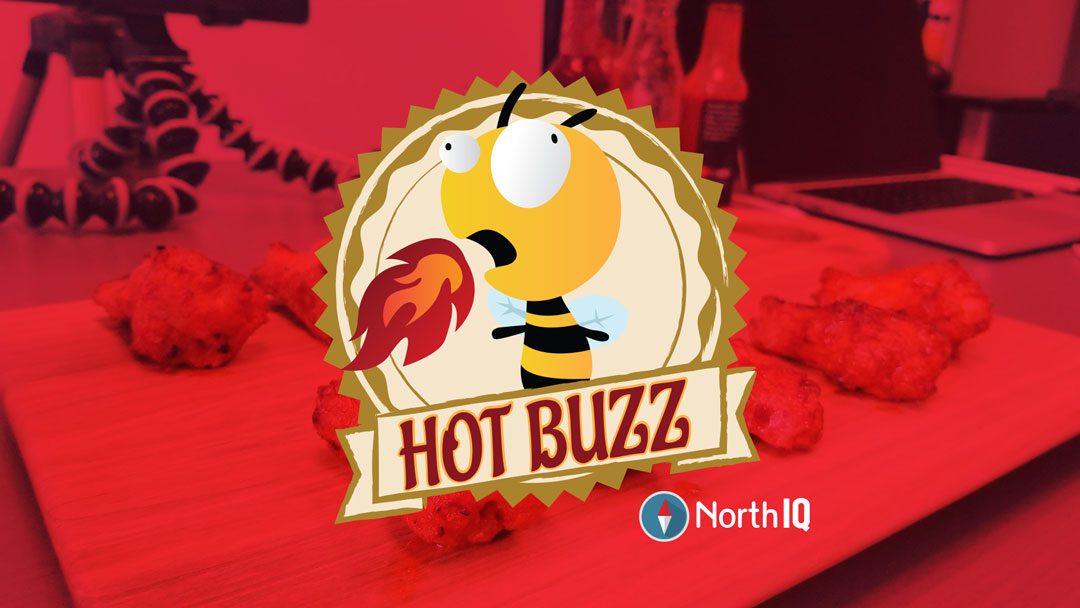 Hot Buzz was an idea that Craig and I had inspired by Hot Ones from First We Feast, what if we got together with some folks, ate some chicken spicy chicken wings, and asked some hot marketing questions.

Our very first episode was an experiment in just seeing how we would do a show, and if it could be successful. We live streamed it to Facebook, and Craig created a fun little logo of a bee spewing fire for our initial episode.  We didn’t take a lot of time with production or editing, the idea was just to get it out there and see what people thought of it.

We do this with everything that we do. We try things, experiment with them, and over time make them better.

Here’s the thing. If you wait in hiding and polish your idea something perfectly shiny and brilliant you face a few problems. Your idea might never see the light of day, perfect is the enemy of great, and making that perfect thing takes time. You might make something perfect that nobody wants to see. You will invest a ton of time into something that might not work.

Everything about that first episode was pretty guerrilla, from the way we shot it in my kitchen, to hanging the logo behind us. We didn’t really know what we were doing other than the fact that we would be eating chicken wings.

For the second episode we had a bit more of a plan, we came prepared with questions for Taras Zubyak from Code Elves, who was our guest…but we learned that we needed to turn up the heat. The interesting part in the show comes when we’re actually in pain and struggling a little bit.

For our next episode (which drops Wednesday June 20th…and which is already in the can), we commissioned a theme song, and I built a custom introduction, which you’ll see below.

For the theme, we went with Fiverr.com, which is a great service where you can get some pretty cool results. In the past I’ve used Fiverr to create my podcast theme song, the voiceover for it, and even a funny puppet video to promote Ryan McFadden’s book Cursed: Black Swan – A fixer novel as read by Professor Hans von Puppet.

For this recording, we used a composer named sonictonic who was advertising things in the genre we were looking for. I sent him some instructions that I was looking for something kind of inspired by the Wayne’s World theme song, and he got back to me with something nearly perfect almost immediately. We bounced a couple of ideas back and forth, and he nailed it.

Then I purchased an After Effects template and built out a cool intro video for the show. The real problem came in rendering it. My poor little MacBook Pro is meant to do a lot of things, but rendering massive video files that have fire built into them isn’t something it does well.