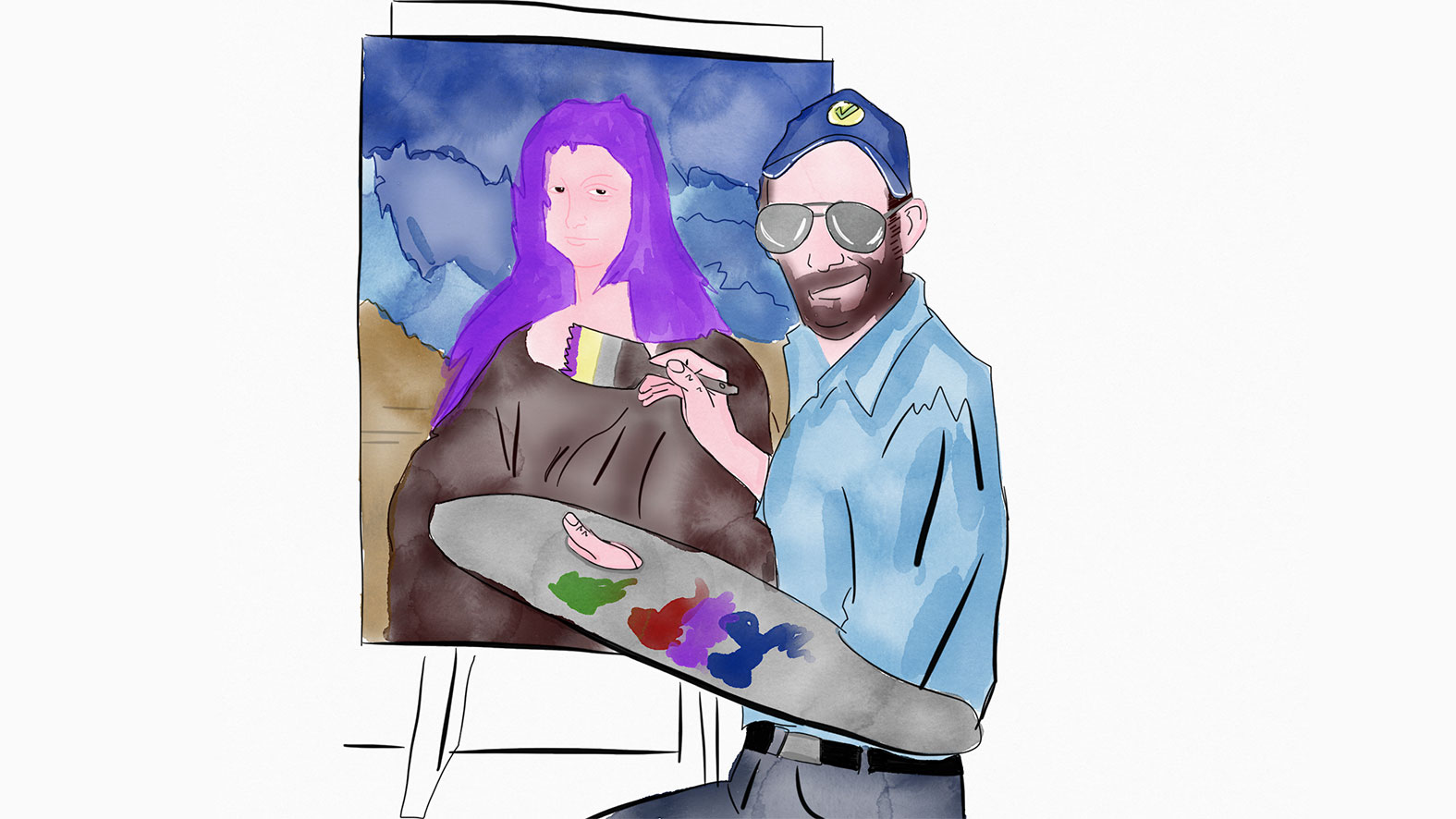 We posted April 13th called How Marketers Ruin Email. It was a fun write-up about how marketers have abused the email channel but now we’ve realized it didn’t go quite far enough.

Rest assured if a digital channel is effective, somebody out there is quickly trying to wring every cent they can out of it.  Especially now that the barrier to entry as a “digital marketer” has lowered – there are how-to guides on everything – anybody can enter the industry as a “leader”.

The first time I saw this notion that Marketers ruin everything was a Gary Vaynerchuk video back in 2013.

“If there’s one thing I know more than anything, more than the fact that the sun will come up tomorrow…is that marketers ruin everything.” – Gary Vaynerchuk

It was an interesting notion, and one that gave me pause and had me rethink some of the ways I approached the craft. He was right back in 2013 and in the four years since it’s only gotten worse.

Marketers are STILL Ruining Everything

I watched a great video by Hubspot the other day “Why Marketers Can’t Have Nice Things” and it occurred to me this video is the very definition of the problem. Hubspot put out a low (read zero) content video and in the process are ruining video. They are ALSO the reason why they can’t have nice things. Hubspot themselves are the dog chewing the HDMI cable, and they are the baby using a marker on the freshly painted wall.

Video is a prime example of a tactic/channel that is in the midst of being ruined. Have you seen this type of video – the “how-to” videos of a poorly lit guy standing in front of a wall regurgitating every other written post out there? 1200 shares aside, this isn’t great video.

Yes, I realize the irony of using a blog to talk about how marketers ruin everything. It’s entirely possible I’d be ruining blogging with this post if it hadn’t already been ruined by everybody else.

How does this happen and why?

Most marketers didn’t earn the knowledge of what they’re doing for themselves.

They stood on the shoulders of those who came before them, those who learned and earned success through hard work, and so they feel no responsibility for what they’re doing.

Before they knew it they had taken a hard earned skill and mass produced it into today’s fast food marketing. It’s making bosses happy (presumably) but it’s not making actual people happy.

Many, maybe even all of these tactics still work today. But they are a shadow of their former selves.

Let’s review what marketers have ruined in the last several years.

In our post “Stop Using Popups” we discussed how actual users hate popups and suggested everybody stop using them. NorthIQ has eliminated them and suggest to our clients not to employ this crafty yet irritating tactic.

Yet they are everywhere. On virtually every site. The internet is much harder to use now. Thanks a lot. However there was a time when the occasional popup served up useful and timely information. They worked to engage users. Overuse has ruined popups.

Once upon a time marketers tried to offer overwhelming value in the form of free content. Lead Magnets. They worked fantastically well. Prospects were happy they received value and in exchange the marketer was given the opportunity to sell their product.

It worked too well.

The result now is every business has a cockamamy lead magnet that’shalf baked, and prospects are skeptical and few engage with the content.

I recall earlier in my career getting 80% open rates. Not anymore…(although with careful attention you can come close – NorthIQ does it all the time) it’s been horribly ruined. Curb stomped. Slapped around. And taken out with the trash.

Email has been so thoroughly destroyed I’ve seen younger marketers celebrate a 2% click rate. What the…

Email might still be the highest ROI channel out there, mainly because it’s so cheap to do. However, while we continued to pump out massive volume, our quality has gone down.

The result? Ridiculously low open and click rates and a fantastic channel that was ruined by marketers.

It actually doesn’t matter that you only send email only to people who have handed over their contact information by filling out a form and giving their permission to be contacted. It’s not strictly unsolicited, but it’s certainly unwanted.

I’ve outlined this one separately from regular emails because they are a different beast and the timeline of the ruining has happened separately.

You know the email – it goes something like this:

I was browsing the internet and noticed your website and found it could use more traffic.

We are SEO Specialists who have made our clients eleventy billion more dollars by optimizing inbound channels and increasing digital throughput via our fully automated proprietary optimized marketing platform.

What time on Tuesday is good for you to get on a phone call with me?

Those emails worked for awhile but then everybody started sending them by the thousands and everybody (ok, not everybody) caught on. Now that is ruined too, even if you’re actually sending the email in true one-to-one style.

Adwords is unique in that it was more ruined by over consumption by marketers than it was by poor execution.

In 2002 I was bidding a fraction of the cost of a bid today. Everybody was winning on Adwords because the competition was low and the quality of the players was high. We hadn’t yet treated searchers and prospects with a poor user experience and bombarded signups with emails and sales calls.

While Adwords is still a useful platform, it’s certainly ruined when we compare it to the early days.

The very first display ad, paid for by AT&T and placed on HotWired had a 44% click rate. To put that in perspective, the average clickthrough rate on display ads today — many years later — is closer to 0.06%.

It wasn’t long till everybody and their mother was on board with display advertising. And that spelled the end of that. Some scary stats that are far removed from that initial 44% click rate:

You are more likely to:

Banner ads are dead, unlike the print ads they replaced. They are a commodity with an infinite supply, and detailed analytics that will show you exactly how they didn’t work for you.

The very first landing page for the very first ad ran with the goal “let’s not sell anybody anything” said Joe McCambley, who worked on the ads creative.

That’s a far cry from today where sales and subscribers are the only metrics that mean anything.

When I joined the marketing world (circa 1998) and started a real job for the first time their marketing group relied heavily on direct mail.

We’d work hard to send catalogs through the mail, with other little tactics tossed in like post cards or 3D mailers. It generally worked, though this was a time when digital was making it’s big push.

Still, massive amounts of unsolicited mail came to literally everybody’s physical mailbox every single day. People hung signs “No Junk Mail” – it was the most hated marketing tactic for every household in every neighbourhood.

What to do about it?

Here is the biggest problem with all of these tactics.

They worked because people put a huge time investment in creating high quality initial versions, and then created lower quality knock off versions over time. They stopped putting the quality in, and focused on quantity.

Obviously it doesn’t make sense to ignore the series of ruined and abused tactics listed above, in fact all of them still work to some degree.

Every one of these tactics have worked in the past, and they will likely work again in the future.  A long held belief is that “print is dead”, yet every year someone makes a post about how print is making a comeback.

Marketing is cyclical and what didn’t work last year may be the hot new thing next year.  There are some simple steps you can take to make sure you aren’t destroying your marketing channels.

At the risk of ruining email, we want to help you become smarter

Want more awesome stuff delivered directly to your inbox every other week?  Our Smarter Business Newsletter is the smartest email you will find on the internet. Every other week we spotlight one of our posts and include a half dozen other interesting things from around the internet.