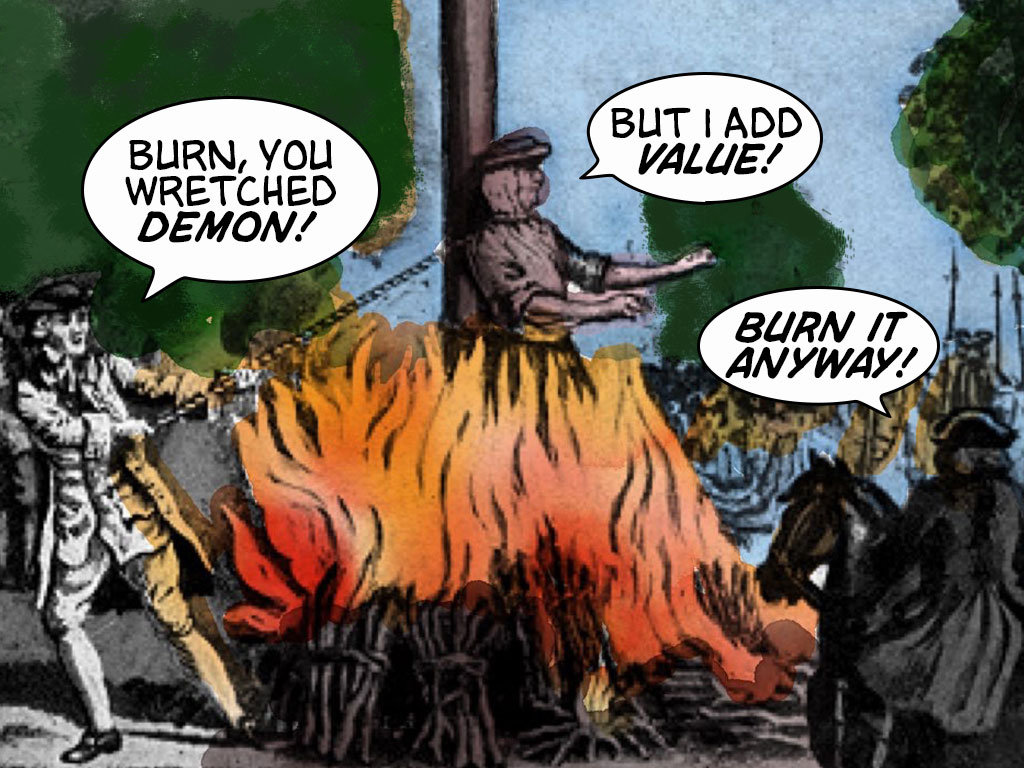 As we were talking about promotional strategies, Brian brought up the idea of using a pop-over to promote sign ups to the NorthIQ Smarter Business Newsletter (which in my incredibly biased opinion, is the best free marketing information you’ll find on the internet today).

I immediately shot him down and told him that was the single worst idea he had ever had.

Back in the “good old days” we would see the occasional in-page popup.  They were usually designed to be useful, maybe to let you log in, or to show you some features you didn’t know were there.

They were useful, so we tended to pay attention to them.

Then, there were more.

Now, in true marketing-ruins-everything fashion they are absolutely everywhere.

And they need to go away. Be put down. Eliminated. Burned at the stake.

There are many types of pop-ups that exist, and very few of them have your best interests in mind.

Get up and Dance – the popup nightmare.

Have you ever seen those “You just won $1 billion!!!” messages that flicker so vigorously they may cause seizures?

This became so prevalent that web browsers like Chrome actually built pop up blockers into their software.

Obviously, they stopped working or got extinct around the time popup blockers appeared, because you don’t see them as frequently anymore. 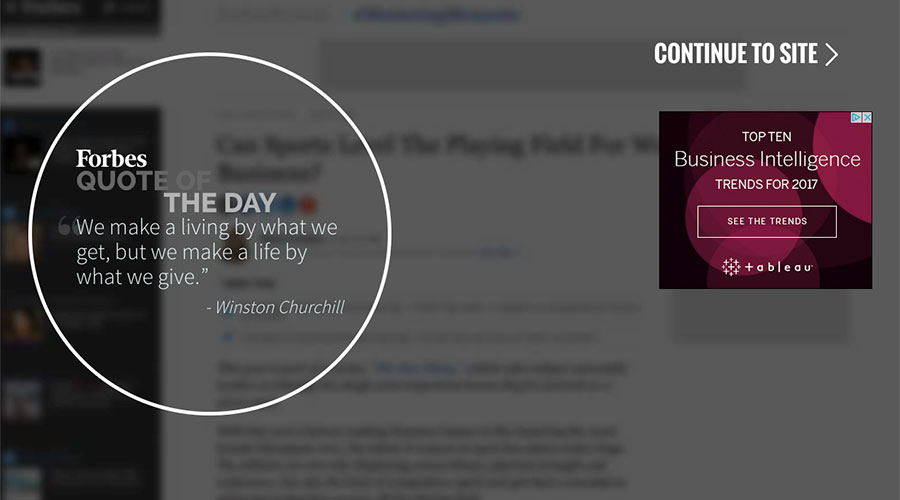 When it comes to digital ads, relevance is important.

Irrelevant pop-ups that have nothing to do with the content of the page are not likely to get clicks.

Usually the site that uses them doesn’t care at all about relevance. I guess they don’t care about any of their users at all.

These days, you see them everywhere – Forbes.com I am looking at you! 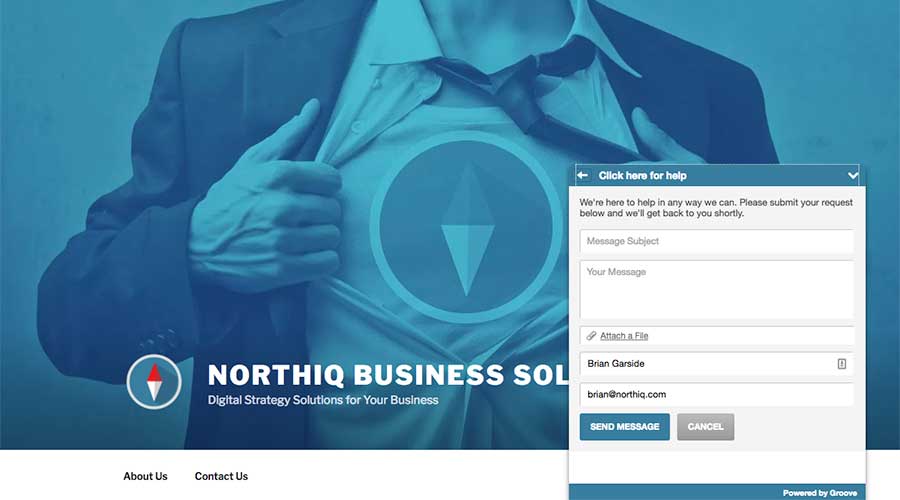 Our own relevant pop-up

This group of pop-ups includes messages that (unlike those from the two previous groups) do not open a new dialog box, but are usually implemented as a hover state that appear as an elegant overlay that slightly overshadows the content one’s reading and is easy to close.

We have one of these on our own site, there’s a little tab that will let you send an email directly from any page on our website.  It’s a convenience feature, and it’s totally unobtrusive.  The whole purpose of it is to offer you an easier way to contact us. 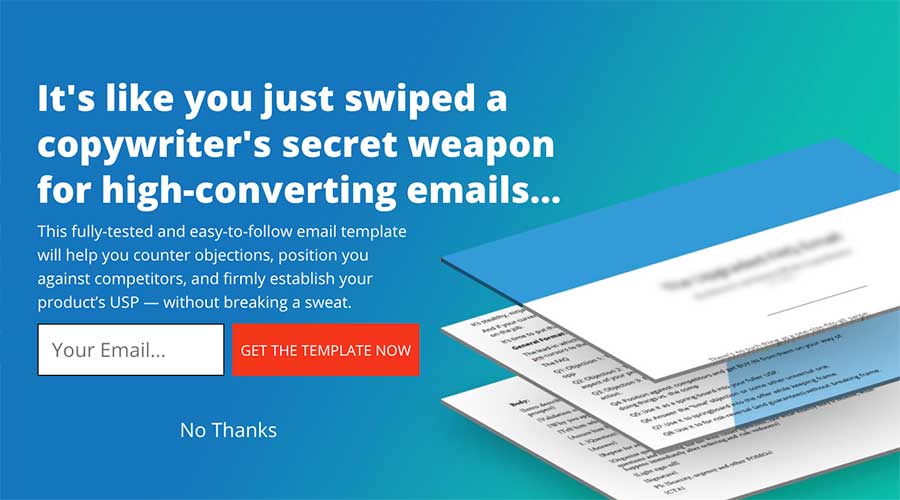 Let’s talk about these beasts.  This type of popup is becoming far too common.

These popups are designed to get you to opt-in to their email list, or to download what the industry calls a “lead magnet”. Most likely the entire user experience of the site comes down to their intention to bag your email address.

The Effects of Popup on Rates

When sitting down to do some research on the effectiveness of pop-ups I found the internet strangely lacking of critical insights. Some of the data is ridiculously old even.

If you’re designing your website for humans who you are hoping to eventually sell to, user experience should be your first focus area when considering ads of any kind. How do users feel about ads?

But on the other hand…

Despite their anti-ad attitude, it seems that users often engage with pop-up ads. Copyblogger’s Beth Hayden noted that, despite how effective pop-ups are, she actually received hate mail when the site’s pop-up mechanism was implemented.

“But here’s the thing — pop-ups really push people’s buttons, they just get under people’s skin. And they’re annoying enough that they can actually drive people away from your site.”

The NorthIQ Point of View

If 2% are clicking/subscribing then as much at 98% are annoyed and might not come back. Certainly a fair percentage of them will not buy your product or service.

You’ve sacrificed the experience of a vast majority of your users so that you can get additional email signups. And the punchline – your plan is to annoy those 2% with a bunch of emails and sales calls!

As we discussed in our previous post How Marketers Ruin Email marketers actually ruin everything they touch.

What once were innocent and sweet little pop-ups that attempted to actually help people with useful content have become the vile beasts  on every single site attempting to gobble up your contact information.

There is a very strong chance that those extra subscribers you paid for in blood will abandon you anyhow.

Mobile is everywhere, and very soon everybody will be viewing your web site on their mobile device, and the pop-ups on mobile are even worse than desktop. The mobile pop-up is perhaps the worst creature of all the vile beasts we have dealt with so far.

Ever get this mobile pop-up and the “x” is so tiny you fat-finger the ad? All the time, right? Well somewhere a math-marketer is cheering how successful his pop-up is. Meanwhile you’ll probably never buy their sunglasses as payback.

Steps to Get Signups Instead of Using Popups

If you’re running a business you obviously know that having a prospects’ email address and personal information is massively important. You’re now able to push your message instead of hoping they stop by and see you. You should take great care into cultivating an email list of prospects who want to hear from you.

NorthIQ’s point of view: You should never sacrifice the experience of your users. There is never a reason to do this. In fact, making significant attempts to just add value will win your prospects over time, they will want to hear from you and you’ll make up for lack of quantity in quality.

Sacrificing the gain in subscribers is a pain. I get it. But you’re patient and you know it will pay off in the end.

2. Put your ad/lead magnet on the side banner or contextually in your page

You’ll get less clickers, but they will be far more pleased with your brand than you could ever hope for. Your email metrics will improve. They will be more likely to take your calls.

3. Use your “annoyance-free” strategy as a benefit

There are many reasons for a prospect to do business with you. One of them is that you aren’t an annoying spammer. The key here is to make sure your prospects know that you’re purposefully not using annoying pop-ups or spam.

Don’t do this a lot, but we find every time we tell people about our NorthIQ Smarter Business Newsletter, we get a half dozen new subscribers.  People don’t know everything you’re doing, but when they hear about it, and if it interests them, they will often sign up.

The key strategy with the elimination of pop-ups is to combine patience with a positive user experience that will, over time, lead to a far more engaged prospect who is more likely to buy.

While we’re on that topic if you’re looking for help with your own digital strategy, please get in touch with us at NorthIQ.

You can contact us through email, or on LinkedIn.