You Need to Be Where Your Customers Are 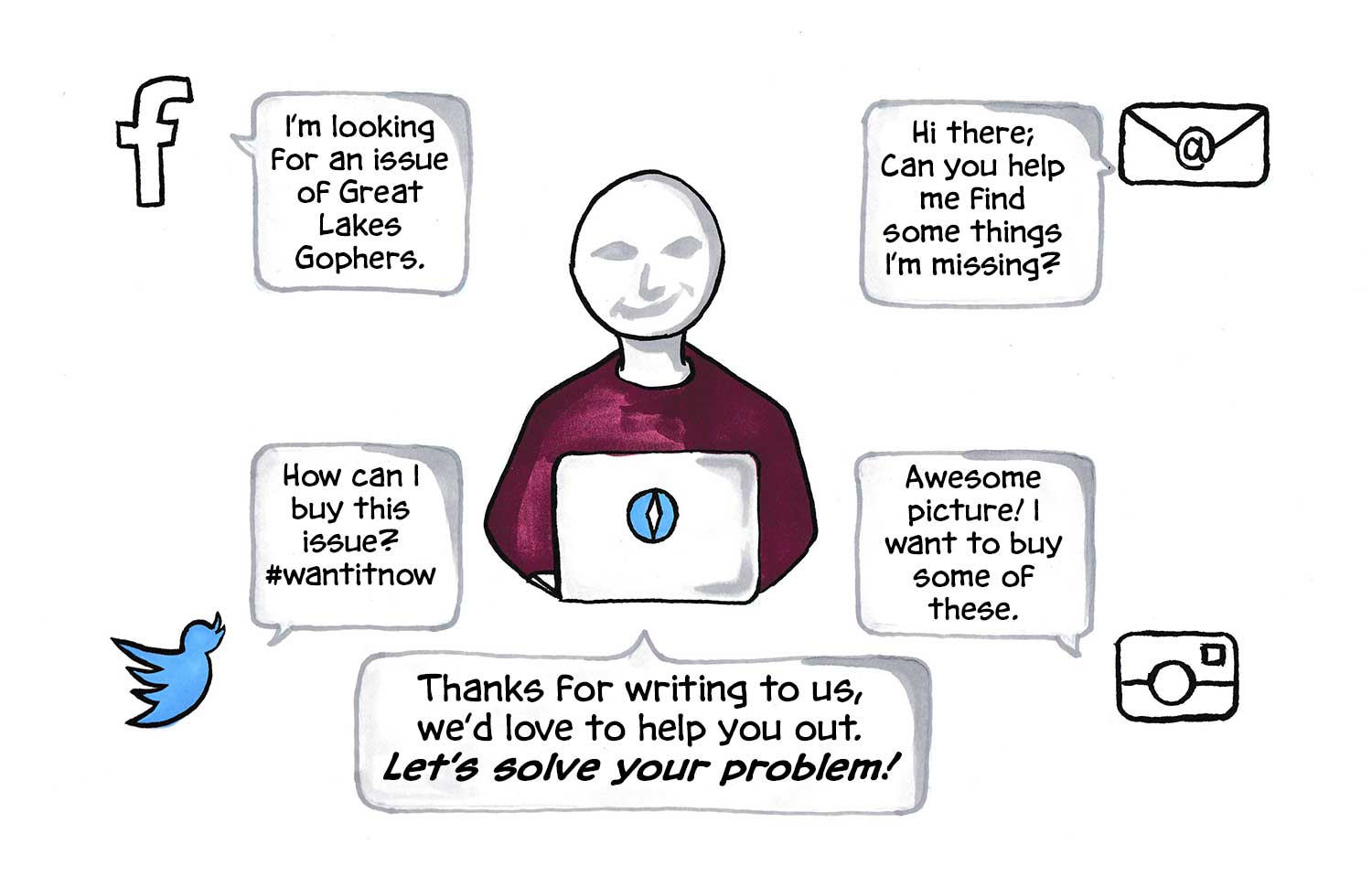 In the always on, hyper-connected, social everything world we live in, people expect to be able to get in touch with your business in whatever way is convenient to them.

We faced this problem for one of our clients, All New Comics. They were getting messages from a variety of different places and were losing track of who was asking what, and where.

Peter from All New Comics doesn’t have a Facebook account, so he would never see the Facebook messages. With All New Comics, about 50% of all messages come through Facebook. Other messages would come in via email, while still others came in through Twitter.

He needed a solution that would keep everything in one place, and which would let him respond to people where they were.

We looked around and found a couple of different ways of doing this, and ended up settling on helpdesk software on this, which we very cleverly named “The All New Comics Helpdesk”.

Whenever a customer makes an @reply to @allnewcomics or sends a direct message (DM) to @allnewcomics, the Tweet gets sent to All New Comics Helpdesk, and whoever is around can respond to the Tweet.  The response (which is done in the helpdesk software) gets returned to the customer as a Tweet.

If someone sends an email, that goes into the helpdesk, it gets responded to, and the customer gets an email back.

Now All New Comics can respond to customers whether they send an email, send a message on Facebook or tweet out on Twitter. Email, Facebook and Twitter are hooked into the popular helpdesk software Zendesk. Because of this, any time someone tries to reach All New Comics, they get a very fast response and it shows up exactly where they asked the question.

Customers love it, because they never leave the platform they choose. All New Comics loves it because it keeps all of this information in one place.

How can you set this up?

Good helpdesk software will let you set this up easily. I personally love both Zendesk and Groove.

Groove has a free plan which is good for up to 3 agents, and lets you set up integrations with Facebook and Twitter (look under the “Apps” tab).

While Groove and Zendesk are awesome options, you can also manage the social media aspects using a tool like Hootsuite, which keeps all of your social media content in one tool without managing a bunch of different websites.

You need to be where your customers are, but managing multiple inbound channels is a hassle. You can make things simpler by consolidating everything around a single application.

You’ll never miss a message, and your customers will be able to get in touch with you how they want to, when they want to.